Janson Bridging (UK) Ltd. was selected to provide a temporary bridge for the Smart Motorways Scheme on the M4. A fourth lane in each direction is being added to the current layout which will utilise the latest technology to manage traffic and flow.

Most of the bridges that cross along the M4 were constructed when the original Maidenhead bypass was built in the 1960s and were designed for a 2-lane highway, before it became part of the M4 as it exists today. The M4 has expanded several times since then and Huntercombe bridge was simply not wide enough to accommodate the new upgraded four lane smart motorway. beneath.

The bridge demolition was due to take place on the Huntercombe Spur, and we needed to supply a temporary structure suitable for carrying up to 18,000 movements of traffic per day. Full LM1 loading was required.

One of the key benefits to our solution was the ability for it to be built offsite reducing installation time on site, risk and ultimately, the time needed for a motorway closure.

Installed over a weekend closure, the temporary bridge was brought in on six long 40.5m loads. Special movement orders were required to transport these long loads direct from our manufacturing base in Holland as well as needing a 500 tonne mobile crane to lift the bridge sections into place.

Each section measured 40.5m long by 2.5m wide, each weighing 50 tonnes. The bridge was needed for around a year to enable the demolition and re-building of the permanent bridge.

Ahead of schedule, the new Huntercombe Bridge was built and re-opened leaving six very long loads to be removed from site which were to be left int he UK for our next project. 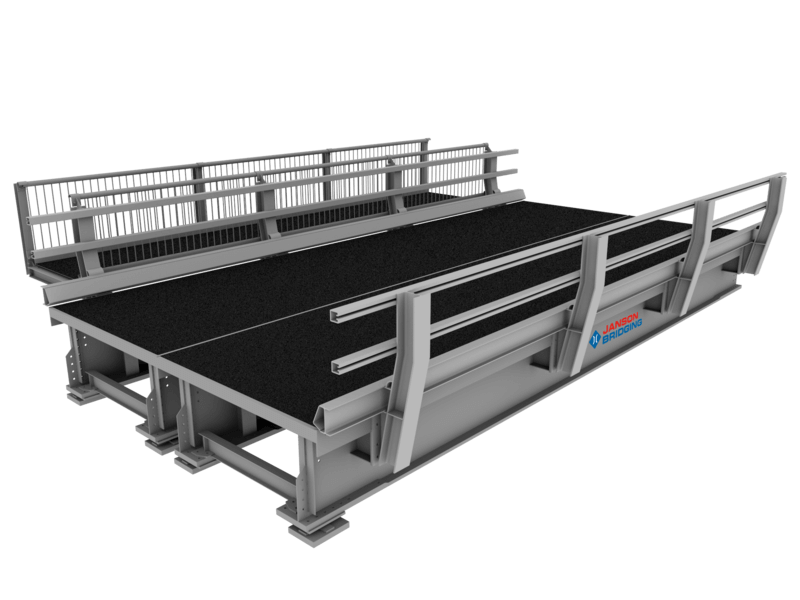